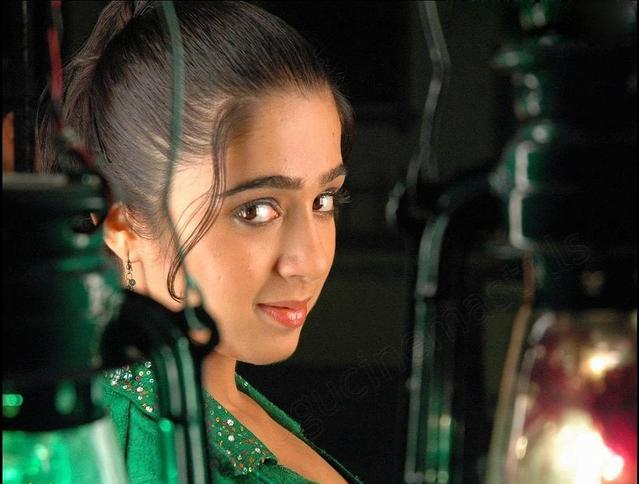 She acted in her first film, Nee Thodu Kaavali (released March 2002) where she acted as a house wife. This film was a big flop, but helped Charmme get noticed by the south Indian film industry. Her next film was Kadal Azhavatillai with Silambarasan which was also flopped.
During this time she acted in a malayalam film directed by vinayan named "Kattuchembakam". This film also bombed in box office. hero was jayasurya. After that she acted in a couple more Tamil films but they bombed at the box office.Her re-entry to Telugu movies happened with Sri Anjaneyam, directed by ace director Krishna Vamsi. This too was a failed attempt. It was followed by another failure with Chanti, paired against Ravi Teja. She finally got a big break in Telugu with Gowri in which she paired with Sumanth. She didn't have to look back afterwards. The stupendous success of Mass with Nagarjuna strengthened her position in Tollywood.